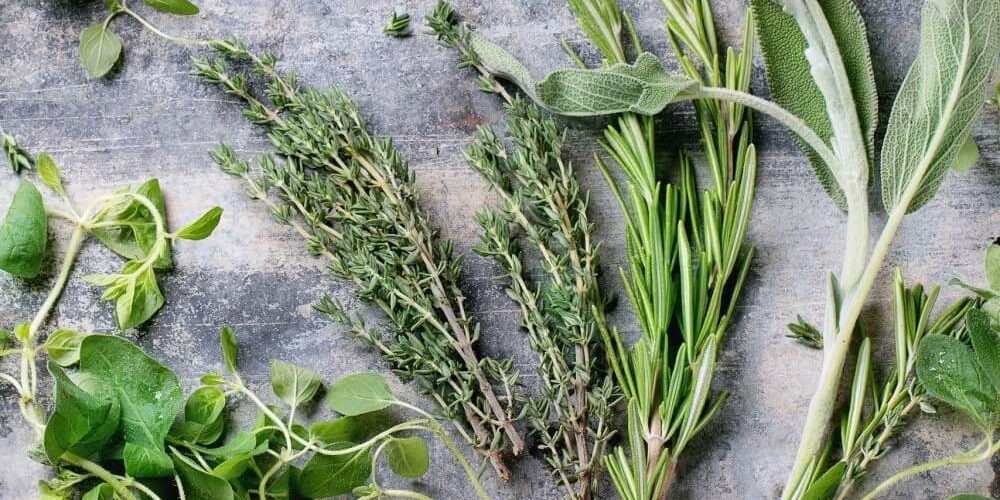 Herbs – what a wonderful gift nature has provided us with.

As the musician Jacqueline du Pre once said “the intense perfumes of the wild herbs as we trod them underfoot made us feel almost drunk.” And it’s true, not only can their heady scents intoxicate us but can also invoke memories of baked dinners, grandma’s garden or simply relaxing at home with our favourite oils or candles.

For thousands of years they have been used for perfumes, food enhancement, to protect against germs, for rituals and even as currency. However, their most potent and undeniably important use must surely be for health and medicinal applications.

Simon and Garfunkel sung about Parsley, Sage, Rosemary and Thyme, but I would add don’t forget Basil, Coriander and Oregano! Even if you don’t have a large garden, I would encourage you to find a little space or pot to grow these, my favourite and most useful, common and healthy pregnancy herbs.

Before it was commonly used in food as an ingredient and garnish, parsley was used medicinally. It contains plenty of vitamin C and A, iron, iodine and magnesium and is a good source of folic acid. Parsley can be helpful for the relief of rheumatoid arthritis and heart health.

The name ‘basil’ is derived from the Greek word ‘basileios’, meaning king. This reflects the high regard this herb had in the ancient cultures it is native to in India, Asia and Africa. Basil contains the vitamins C, A and K as well as iron and magnesium. It is also packed with antiviral, antimicrobial and antioxidant properties.

Sage is a lovely herb to have in your garden and has one of the longest histories of use of any culinary or medicinal herb. In ancient times it even was thought to extend life and was used as a fertility remedy in ancient Egypt. It contains vitamin K and has good antioxidant, anti-inflammatory and antibiotic properties.

Coriander, which is also known as Cilantro, makes use of its leaves and seeds and is an underpinning ingredient in many cuisines around the world. A rich source of vitamins A, C and K, beta-carotene and manganese it also has strong antioxidant and antibacterial properties.

A great herb to have on hand, fresh or dried. Used by ancient cultures as an embalming agent to preserve the dead it was also used in funerals to assure passage to the next life! An antiseptic and antibiotic, Thyme is also packed with vitamins E, A, C and K as well as iron, manganese and calcium.

Oregano is related to Marjoram and is sometimes referred to as wild Majoram. More flavourful when dry, it is associated with Mediterranean cuisine. Rich in antioxidants and antiseptic properties, Oregano is also useful for stomach and respiratory ailments.

A hardy and decorative plant, Rosemary has many uses both culinary and medicinally. Said to be helpful for improving memory, it’s, for this reason, it is symbolically used during war commemorations. Rich in vitamin B complex groups such as folic acid, it also contains good amounts of vitamins A and C and is a rich source of the minerals potassium, calcium, iron, manganese, copper and magnesium.

DNA Profiling: Personalised health and wellbeing through your DNA
24/11/2020

« BACK TO STORE HOMEPAGE
Go to Top

Please scroll forward to March to make a booking