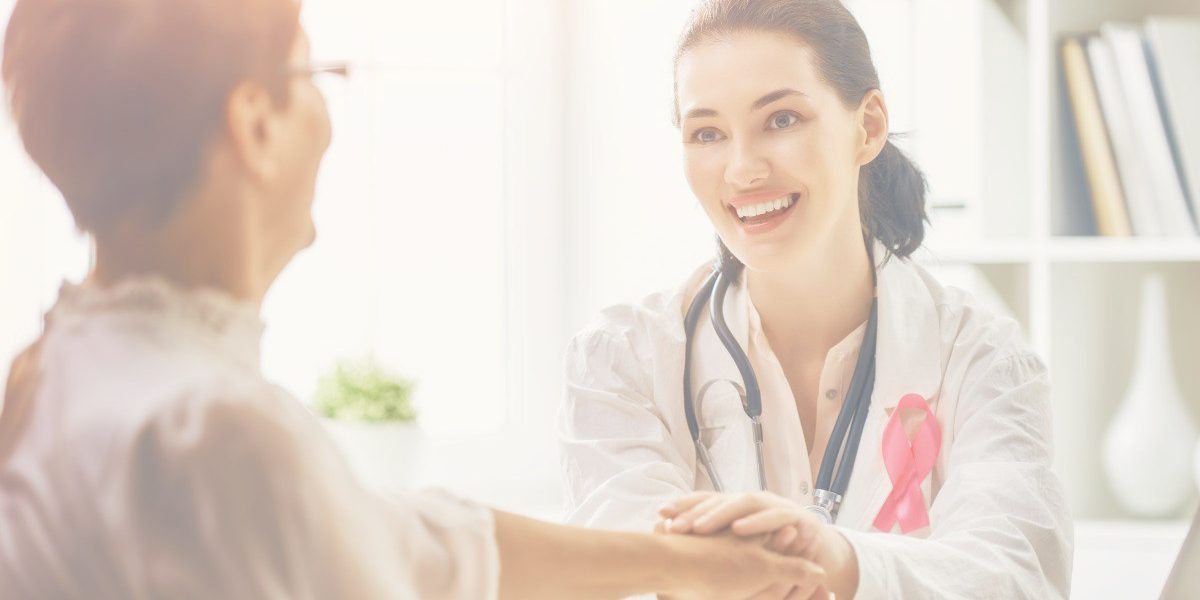 Did you know that a healthy oestrogen balance is crucial for your health? How does it work and how to achieve it?

You may be familiar with the advice to eat plenty of vegetables, in particular broccoli, cabbage, cauliflower, and kale as part of a healthy diet — but do you know why?

These types of vegetables — known as cruciferous or brassica vegetables — are packed with compounds and nutrients that can help you lead a healthy, disease-free life.

One of these nutrients is diindolylmethane or DIM for short. It’s been the subject of many scientific studies that have highlighted its role in helping to prevent breast and prostate cancers — diseases that are affected by hormones such as oestrogen.

In this article, we’ll explore the role hormones — especially oestrogen — play in disease, and how you can harness the natural power of DIM to help prevent illness and lead your healthiest life.

Breast and prostate cancer: the facts

What both breast and prostate cancer have in common is that they have a relatively high incidence rate in Australia. To set the scene, let’s take a look at some facts and figures about these two forms of cancer.

Breast cancer is a major issue for mainly women but also men in Australia. It’s the most commonly diagnosed cancer for women, and predictions show that in 2020 almost 20,000 women and 170 men will receive a breast cancer diagnosis.

It also represents the second most common cause of cancer death in women, following lung cancer.

The number of people being diagnosed with breast cancer in Australia is on the rise, with the risk of developing it increasing with age. It’s most common in women over the age of 50.

Breast cancer may be picked up following a mammogram (an X-ray of the breasts) or after noticing symptoms such as a lump in the breast or under the arm, discharge from the nipple, or dimpling on the skin of the breast.

The good news is that most people make a full recovery from breast cancer. In fact, statistics from the Australian Institute of Health and Welfare show a 90.8 per cent five-year survival rate in females diagnosed with breast cancer from 2011 to 2015. 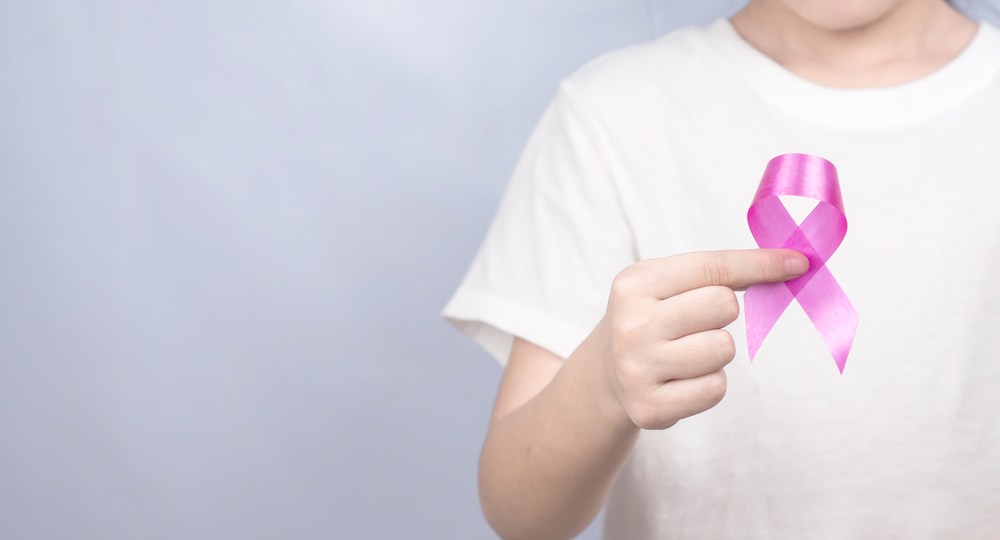 Prostate cancer is the most commonly diagnosed cancer for men in Australia. It exclusively affects men as only they have a prostate gland, which is part of their reproductive system.

Prostate cancer, wherein abnormal cells develop in the prostate, tends to grow slowly and can be managed well for many years. However, it can develop into an aggressive disease which poses a threat to life.

The risk of developing prostate cancer increases the older you are, or if you have a first-degree male relative with the disease, particularly if they were diagnosed young.

Both breast and prostate cancer are known to have links with hormones. What’s more, both can be affected by levels of oestrogen in the body.

We’ve known for a while now that the health of the prostate gland in men depends on levels of a group of hormones called androgens that include testosterone. These encourage prostate cancer cells to grow. That’s why hormone therapy prescribed for prostate cancer is designed to stop the body from producing testosterone or to prevent it from reaching cancer cells.

The research concluded that both testosterone and oestrogen have significant roles in the development of prostate cancer. 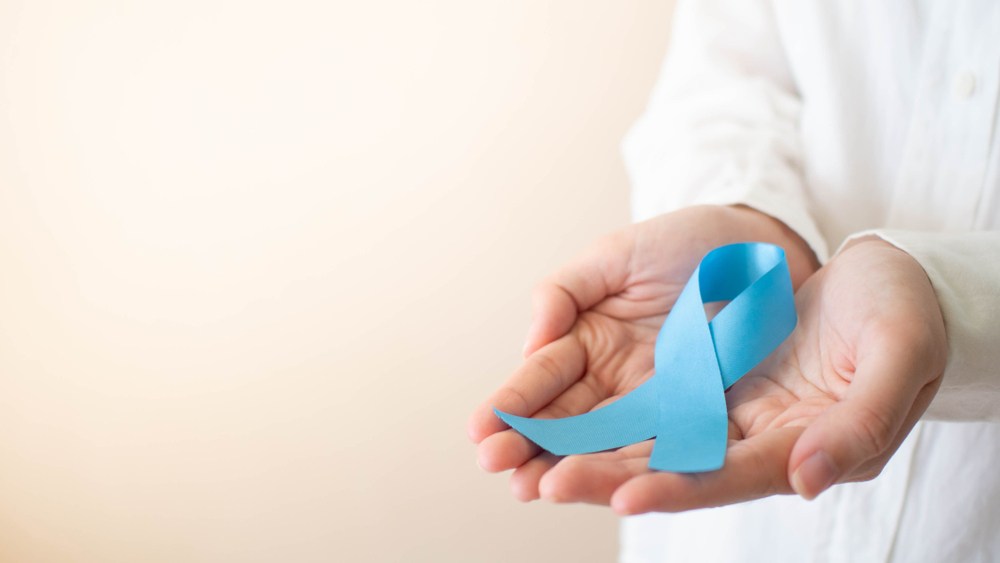 We also know that there is a relationship between oestrogen and breast cancer. In fact, it is believed that 70 per cent of breast cancers (there are many different types) are directly affected by oestrogen levels.

In these types of breast cancer, oestrogen can stimulate cancer cells. It follows that your risk of developing breast cancer can increase the more you have been exposed to the hormone.

Exposure to oestrogen and breast cancer has been well-documented by scientists. This is particularly true for women after menopause, as explained in this study published in Breast Cancer Research.

Ovaries start to produce oestrogen when a female reaches puberty as part of the menstrual cycle. This means that if a woman started her periods at an earlier than average age or menopause later on, she will have been exposed to higher levels of oestrogen. The same principle applies if women have not had children as exposure to oestrogen is limited by pregnancy.

We’ve seen that whether you are male or female, having a good oestrogen balance is really important in guarding against diseases such as breast cancer and prostate cancer.

Aside from these serious diseases, high levels of oestrogen can result in fibrocystic breast disease, endometriosis, fibroids, acne, painful periods, and irregular periods.

If your body develops low testosterone or progesterone levels, this can mean that your oestrogen levels appear relatively high. This is known as “oestrogen dominance.”

In women, this can result in irregular periods, benign breast lumps, fatigue, weight gain, and other unpleasant symptoms.

If you suspect you have high levels of oestrogen, a blood test can confirm whether this is the case, helping you achieve the healthy oestrogen balance.

What can I do to reduce my risk of getting breast or prostate cancer?

So far, we’ve seen that oestrogen has a crucial role to play in many disorders and diseases, among them breast and prostate cancer. Let’s take a look at the preventative measures that can reduce the risk of these illnesses.

Cancer Council Australia recommends that women aged 50 to 74 should have a mammogram every two years. Doing so can pick up small changes that may indicate breast cancer.

Diet and lifestyle also play a part in lowering the risk of breast cancer. Measures include maintaining a healthy weight, exercising regularly, limiting your alcohol intake to two standard alcoholic drinks per day, and giving up smoking.

Pregnancy and breastfeeding are other factors in breast cancer prevention. If you breastfeed for 12 months or longer, your risk decreases slightly. This is believed to be because breastfeeding stops regular ovulation, thus limiting exposure to oestrogen.

Unlike mammograms to detect breast cancer, there are no similar screening programmes to pick up prostate cancer. However, being aware of the symptoms of prostate cancer is essential in its early diagnosis and treatment.

Symptoms include the urge to urinate frequently — especially at night — painful urination, weak urine stream, blood in the urine or semen, and back or pelvis pain.

These signs should be reported to a doctor for further investigation.

It’s known that leading a healthy lifestyle can help reduce the risk of many cancers, so eating sensibly, limiting your intake of alcohol, quitting smoking, and getting adequate exercise can all help in prostate cancer prevention.

The power of diindolylmethane

As well as the measures described above, some exciting research has found that a compound found in certain vegetables called diindolylmethane or DIM has an important role to play in oestrogen-sensitive cancers such as breast and prostate cancer.

DIM occurs naturally in cruciferous vegetables (also known as brassicas) — these are plants with flowers of four equal petals in the form of a cross and include broccoli, cabbage, cauliflower, and kale.

It inhibits cancer in a number of different ways: stopping cancer cells from growing, counteracting inflammation that can be a precursor to cancer, and stimulating antioxidants that fight cancer and other diseases.

There are lots of evidence out there that illustrate these disease-preventing properties. 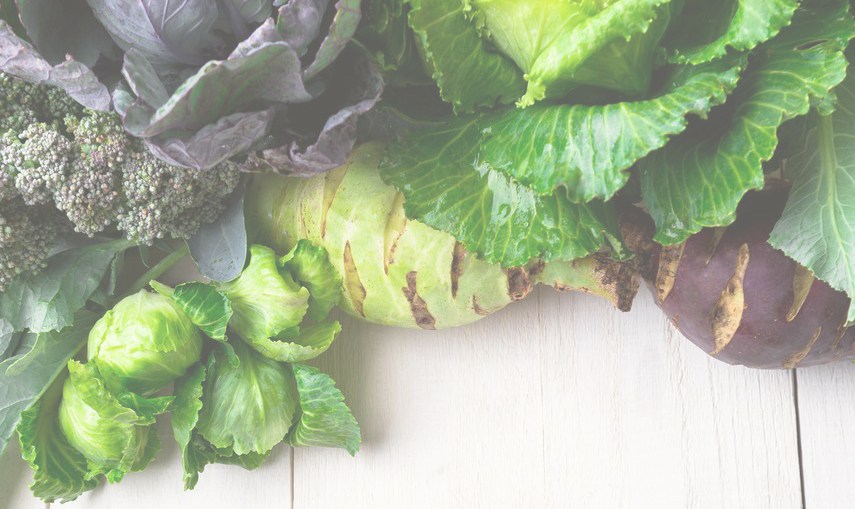 Diindolylmethane and breast cancer: the evidence

This review published in Nutrition Reviews reported that a combination of conventional chemotherapy and a DIM supplement meant a 78 per cent reduction in growth and reduced capacity of aggressive breast cancer cells.

It also quoted research that said adding DIM to your diet can produce an anti-inflammatory effect. Inflammation is a factor that can lead to the formation of breast tumours, as mentioned above.

In addition, the review referred to evidence of a link between the lower incidence of breast cancer in Asian countries where there is a high consumption of cruciferous vegetables.

Diindolylmethane and prostate cancer: the evidence

A review published in Nutrition and Cancer looked at the relationship between prostate cancer and the consumption of cruciferous vegetables through 12 different studies. It discovered that including these items in a man’s diet was likely to lower the risk of prostate cancer.

Another study published in Molecular Carcinogenesis explained that DIM inhibits androgens and in turn testosterone, and so lowers the risk of developing prostate cancer.

And, a clinical study where a DIM supplement was given to patients with localised prostate cancer found that 71 per cent of the participants had lower levels of PSA, or prostate-specific antigen, which is used as an indicator of prostate cancer. The DIM was also found to reduce the ability of androgen receptors to bind testosterone. Put simply, the conditions for prostate cancer to develop were inhibited.

What else does diindolylmethane do?

DIM fights viruses and bacteria and regulates oestrogen, adjusting the balance of bad oestrogen to good oestrogen. It also keeps other hormones in check. For example, it blocks aromatase which converts testosterone to oestrogen.

In short, this one substance alone performs a multitude of roles, making it a powerful weapon against breast and prostate cancer.

This 2014 study on the effects of DIM on prostate cancer and a pre-cancerous condition called prostatic intraepithelial neoplasia stated that getting adequate amounts of DIM from eating cruciferous vegetables alone is simply not practical.

This is where DIM supplements come in. Tonic Vege Detox capsules contain 20 mg of DIM, and are an easy way to get the levels of DIM that help safeguard against breast and prostate cancer.

In men, Vege Detox blocks the enzyme that switches testosterone to oestrogen, and so can help with male acne and gynaecomastia or “man boobs.”

It’s a simple, natural way to boost your body’s resistance to disease. Simply take two capsules once or twice daily, depending on instructions from your practitioner.

Because this is a completely natural substance extracted from broccoli and cabbage, it is safe to take and can be purchased with no need for a prescription. Vege Detox is also gluten- and dairy-free, vegan-friendly, and suitable for both men and women, making it a natural and versatile weapon in the fight against hormone imbalance and disease.

Take ownership of your health

Understanding the role that natural supplements can play in disease prevention is crucial to leading the healthiest life possible.

Put this knowledge into practice by choosing a healthy lifestyle enhanced with supplements to regulate your hormones and help prevent breast and prostate cancer. It’s a powerful way of taking ownership of your health and your future.

To know more about our Vege Detox supplements, or any other products in our health-enhancing range, reach out and contact us.

DNA Profiling: Personalised health and wellbeing through your DNA
24/11/2020

Please scroll forward to March to make a booking